Thiago to the Rescue! 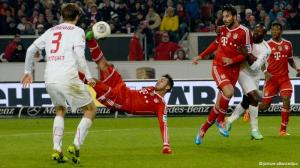 Bundesliga league leaders were about to see their Bundesliga undefeated streak come to an end until one of their summer signings shows the fans and Guardiola, what he’s made of. Stuttgart played strong throughout the first half of the match with a goal by Vedad Ibisevic in the 29th minute. However, in the second half, FC Bayern helped Stuttgart remember why FC Bayern are the top dogs of the Bundesliga and the reigning European champions. Summer signing Thiago Alcantara, who arrived from Barcelona for a fee of 21.6 million euros, has been able to adapt greatly to the Bundesliga. With a free kick awarded to the league leaders in the 75th minute, Thiago was able to put it across to Claudio Pizarro to score the equalizer. 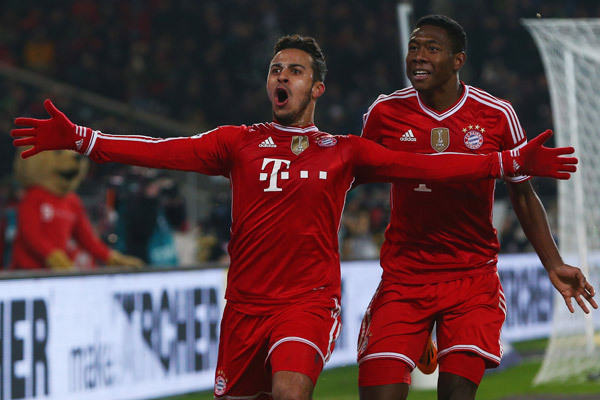 Everyone thought the match would just end with a draw. However, Thiago didn’t see it that way. In the final minute of stoppage time, Rafihna chipped the ball into the box when all of a sudden Thiago comes along with a beautiful scissor kick to score the winning goal and help everyone remember who is the boss of Germany. Thiago continues to show his great form after his summer transfer from Barcelona showing the fans why Pep Guardiola bought him in the first place.