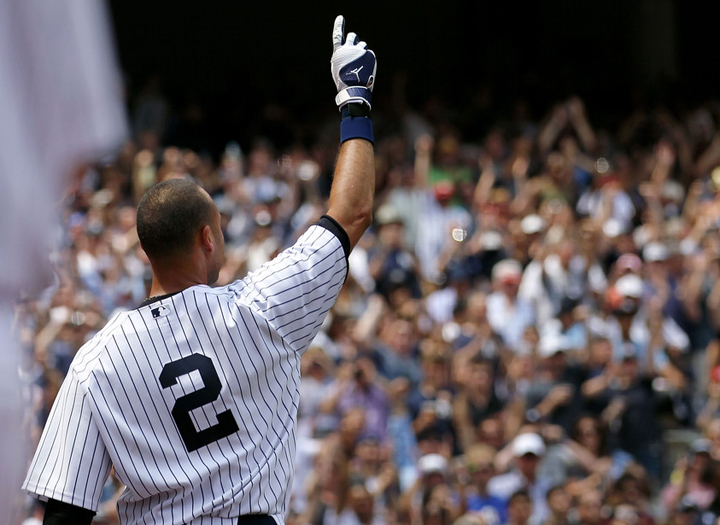 Derek Jeter announced this afternoon he plans on retiring after this season.

Jeter posted this farewell note to his facebook page, just a short while ago.

Mr. November will go down as one of the greatest to play the game.  A career .308 postseason batting average, .374 on base percentage, and .465 slugging percentage; Jeter simply got it done.

Easily a first ballot Hall of Fame selection, this will be Jeter’s farewell season.

Quite a list to share your name on, with the likes of Babe Ruth, Joe DiMaggio, Lou Gehrig, and Reggie Jackson.

Derek Jeter looks to end his phenomenal career on top, The Evil Empire always has a chance.