The Super Bowl Commercial That Brought Out “Our Racist America” 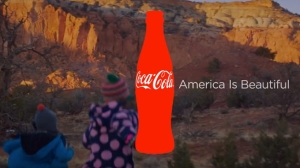 Super Bowl Sunday just passed, and a big topic that came up because of it is the Coca-Cola commercial with people from various nationalities singing “America the Beautiful” in different languages.

There have been many opinions regarding the intentions of Coca-Cola in the making of this commercial for the Super Bowl.

A multitude of people thought it was merely a beautiful rendition of a classic song normally sung in the United States, just what everyone whom I was with thought of it.

However, with the help of other news sources, I was able to look a little deeper into other people’s opinions of the commercial.

There was an abundance of others who took a more narrow point of view, believing that because the song is typically an “American” song, it should be sung in English. Some threatened to stop drinking Coca-Cola, ultimately disgusted with the idea that there were other languages used in the song.

Obviously Coca-Cola was playing on the United State’s diversity, essentially saying that, no matter where you go, you will always know there will be a refreshing drink nearby. This popular soda, originally manufactured in the United States, is a common drink around the world. No matter the nationality, everyone in the States is an American; the reason for that song being used.

No matter what the scheme behind the commercial deliberately made for Super Bowl Sunday, anyone who says that the song was ruined by the languages used other than English is obviously more than a little bit prejudiced. The United States is made up of different nationalities, and English itself is made up of some of the languages used in the commercial. Everyone in this country is an immigrant, everyone in this country is an American.

People in other countries have always thought of the U.S. as the sanctuary for progressive thinkers, but it’s opinions like these that really hold us back when it comes to making the United States the haven it was originally intended to be.

Hey guys, the 19th century just called, they want their racist ideals back.

Haven’t seen the video yet? Watch it here!