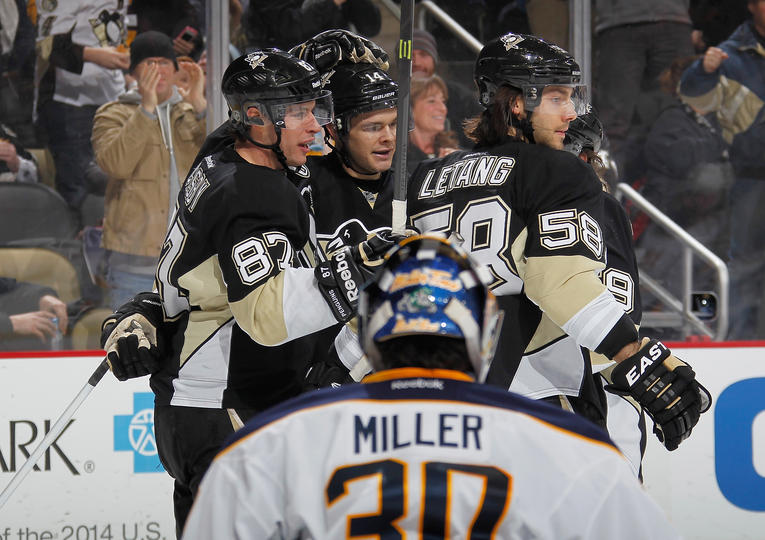 Chris Kunitz #14 of the Pittsburgh Penguins celebrates his goal with Sidney Crosby #87 and Kris Letang #58 against the Buffalo Sabres. (Photo by Gregory Shamus/NHLI via Getty Images)

Take this parlay to the bank tonight.

Upset pick for the evening.