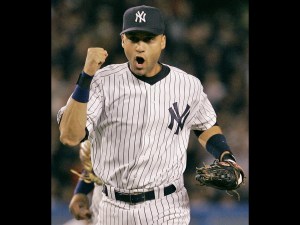 2013 was a season to forget by Yankee standards, but to those true baseball fans you can make last season as a success. Manager Joe Girardi did an amazing job keeping them in the playoff race all season long with a depleted roster. He worked with whomever he had available, and by all means did he make it work. Derek Jeter, Curtis Granderson, and Mark Teixeira were injured all season, each only playing in a handful of games before re-injuring themselves. So the Yankees had certain players that carried them at some point during the season. But the Yankees had a successful season all thanks to their manager.

The 2014 season will be a different story. After losing Robinson Cano to the Seattle Mariners in the off-season (10yrs/240mil) the Yankees didn’t hesitate on spending money, just like their old selves. Starting off by signing Brian McCann for 5 years, and then the domino affect started. Next was the signing of Kelly Johnson to 1 year,  Jacoby Ellsbury for 7 years, Carlos Beltran to 3 years, and last but not least Masahiro Tanaka to 7 seven years. With all these signing New York made themselves instant World Series contenders. I believe they had the motto of “go big or go home” during the off-season.

Mark Teixeira and Derek Jeter will both be back to full strength to start the 2014 season and they will be relied upon to carry this offense. Jeter, being the captain, is the heartbeat of this team. He sets the tone of the game in the batter’s box and also out at shortstop. Yes, he is getting older but he is still producing. When Teixeira is in the lineup, he is an RBI and doubles machine. Tex is also one of the best defensive first basemen’s in the MLB, saving many runs and preventing plenty of errors.

While the new-comers in McCann, Johnson, Ellsbury, and Tanaka will have to succeed right off the bat. Each player signed a hefty contract, meaning they will have to produce. If they don’t then the players will feel the wrath of fellow New Yorkers, and they aren’t afraid to share what’s on their mind. McCann was signed to split between catching and playing DH. That right field porch is ideal for him and he should take advantage of it. Kelly Johnson will be plugged into 2nd base but he is also able to play some outfield if called upon. Ellsbury is one of the leagues best leadoff hitters, and once he reaches first it doesn’t take him long to get to second base. He is also great in centerfield, making huge plays and preventing runs. Tanaka was the one prize pitcher that all the teams wanted to sign. Well of course the Yankees won that sweepstake. Masahiro will be called up right away to lift this starting rotation, and boy doesn’t this rotation look better then it did last week.

The one player that has the biggest shoes to fill and most pressure this season will have to be David Robertson. He will be called upon to be the closer. David was under Rivera’s wing for a couple years now, and should have nitpicked his brain on how to close games down. Robertson has a great pitching arsenal that will allow him to rack up saves. Once he gets that first save, he will have a sigh of relief and play calm and cool just like Mariano did through out his career.

The biggest challenge the Yankee will have to face this season is the injury bug. It bit them hard last season but McCann, Ellsbury, and Beltran have a track record of being injured. Manager Girardi should be able to help with that, switching each of them out at the DH position when needed rest. New York will be the favorite to win the division and to reach the World Series. That is a lot of pressure, but they have the potential to get it done.