Fantasy Baseball: Under the Radar Players for the Upcoming Season

We are just about a month away from spring training reporting days for MLB players and it’s never too early to start thinking about what approach you will take in this year’s fantasy baseball league draft. Of course, you want to draft the big name players like Miguel Cabrera, Mike Trout, Clayton Kershaw and Max Scherzer. If you can achieve a fantasy team with these players, congratulations! You are a success and have done a great job drafting players (or your league is too small). But in most cases, it can get very frustrating when you see those big names coming off the board not realizing that the players that you draft in the middle and late rounds are the ones that can make a difference and make you win it all. So let’s get down to business and see this season’s players who are likely to be drafted in the later rounds, but will be very valuable to your fantasy team.

Starting pitching seems to be the difference maker every year in fantasy baseball. Cashner’s record last season might not impress you too much (10-9) but he was able to earn a 3.09 ERA. The Padres, as well as Cashner, should improve this season. The Friars have really been careful with him protecting his electric arm. With a fastball that can reach the high 90’s (MPH) look for this young pitcher to have more success in 2014, let’s not forget that he threw a one-hit shutout versus the Pittsburgh Pirates late last season. Expect more of that from Cashner this upcoming season. 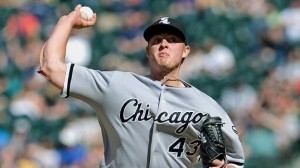 Even though his ERA last season might be a little too high for a closer (3.79), I think Reed is a great late round pick-up. He did save 40 games last season for a team that lost 99 games and finished in last place of their division. The D-backs will give Reed more chances to close out ballgames and the fact that he is now playing for a winning team (on paper) will help Addison lower his ERA.

Rizzo’s batting average last season wasn’t what fans and experts expected from him (.233). But even with that he had a career high in home runs (23) and runs batted in (80). For a guy who just played his first full season, Rizzo will have more experience under his belt and his numbers will improve. With so many great first basemen ahead of him (Votto, Goldschmidt, etc.) Rizzo can be a steal in the draft.

I like to call Daniel Murphy a poor man’s Chase Utley. They both have a very similar style of play. On a Mets team that has been struggling in recent years, Murphy has been a bright spot for them. He owns a career .290 batting average and earned career highs in home runs, RBI’s, and stolen bases this past season. Look for Murphy to possibly have a breakout year this time around.

Martin Prado is a solid player and rarely gets the attention. His stats won’t jump out at you, but you are looking at around 15 home runs and a .290 batting average per season, plus he rarely strikes out. Look for Prado to be more comfortable in his second year with the D-backs after signing a 40 million dollar deal and watch him produce great number again in hitter friendly Chase Field. 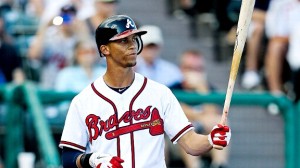 If fielding stats counted towards your point total in fantasy baseball Simmons would be drafted in the first round, but that’s another story. Let’s not underestimate Simmons’ value though, with the shortstop being a very premier position there’s not a lot to choose from. I chose Simmons as a sleeper because he continues to show improvement with his hitting. He only struck out 55 times in 157 games played last season and he hit 17 home runs. Also expect Andrelton to hit for a higher average this season. After the Tulo’s, Hardy’s, and Segura’s get drafted look for Simmons as your shortstop.

In a league with catchers like Molina, McCann, Posey, Napoli, and Mauer, Salvador Perez has quietly been putting up solid numbers. Not only is he a .301 career hitter, he is one of the many young talents that the Royals feel good about. At age 23 he earned his first all-star appearance last season, so look out for Perez as he may be bound to have a huge year this season.

Aoki is a prototypical lead-off hitter that has produced very similar numbers in both of the seasons he has played in the MLB. If you put him side by side with Jacoby Ellsbury, you’d be surprised at how similar some of their stats are. During his stint with the Milwaukee Brewers he didn’t receive much attention due to the fact that his team wasn’t winning a ton of ballgames, but now with the Royals look for Aoki to be more productive as he will have a much more established team to drive him in more.

Lo-Mo has shown flashes of what he can do, but he hasn’t been able to put it all together in a season. This is the season! Morrison has finally found a new team in Seattle after being traded from the Marlins. I believe that this change of scenery will do a world of good to him. There is a possibility that Logan could have a breakout season, but I’m going to play it safe and say he will hit around 20 home runs and bat around .275. Still a very smart late round pick-up for a guy who was a free agent in most fantasy baseball leagues last season. 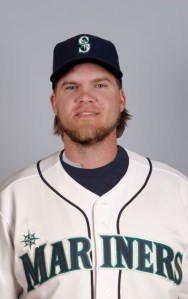 Corey Hart got off the map of a lot of fans after missing the entire 2013 season due to an injury, but if he is at full strength he can become a huge draft steal. Before his injury he hit 30+ home runs in two of the past three seasons. Hart is a guy who has major power and can drive in a lot of runs as well. Many fans will not want to draft him because of his injury and his inactivity, but why not take a chance on him? Lightning could strike!

One thought on “Fantasy Baseball: Under the Radar Players for the Upcoming Season”