2013 has been quite a year. Below, we have some of the biggest moments throughout the year. 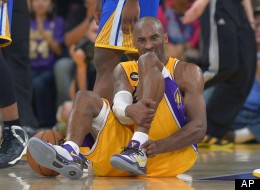 Adam Scott celebrates after winning the Masters on the second hole of a sudden death playoff against Angel Cabrera. Scott became the first Australian to win the Green Jacket.

Blackhawks started the season on a 24 game win streak and ended up winning the Stanley Cup, beating the Boston Bruins 3-2 in game 6. 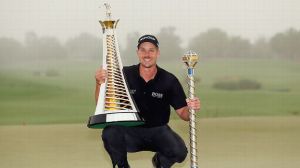 Swedish golfer Henrik Stenson was the first golfer to win both the PGA Tour’s FedEx Cup(above) and the European Tour’s Race To Dubai(below) in one season.

Boston Red Sox lift the ‘Commissioner’s Trophy’ after defeating the St. Louis Cardinals 6-1 in game 6 of the World Series.

It’s only fitting to have the video up for this. Is says it all.