Falcons vs No. 14 Huskies For the MAC Championship 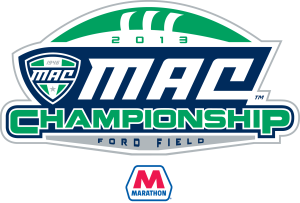 Heisman candidate Jordan Lynch and the Huskies of Northern Illinois are going to battle Ted Ouellet and the Falcons of Bowling Green tonight for the MAC Championship. Bowl games are on the line as the Huskies try to return to a BCS game for the second straight season and the Falcons try to earn its first MAC Championship in over 21years. The last time Bowling Green was in the MAC Championship was back in 2003, which they lost to the Miami(OH) RedHawks 49-27. As for the Huskies, they are looking for their third straight MAC Championship. Last year, NIU beat Kent State 44-37 in double OT earning a spot to play in the Discover Orange Bowl against the Seminoles of Florida State, eventually losing the game 31-10. Tonight Northern Illinois tries to expand their record of 25 straight wins to 26 in Mid-America Conference play.

Tonight, you have the No. 9 offense in the FBS the Huskies, who are averaging 42.8 points per game and 542.3 yard per game. They will face the No.5 defense in FBS in the Falcons, who are only allowing 13.8 points per game. Currently, Bowling Green has an overall record of 9-3(7-1) and the Huskies have a combined record of 12-0 (8-0). My prediction is that Northern Illinois wins, but by a close score of 41-38 in OT. The Huskies are (-3) point favorites and the O/U is 58. The game is being played at Fort Field in Detroit, Michigan, home of the Detroit Lions. You can watch it on ESPN2 kickoff is set for 7:05PM CT.