Power Rankings In The UFC: Top 10 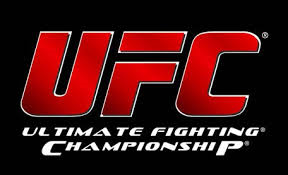 Most UFC fans have their opinions on who they think the top fighters are in the UFC, and who they think should be at the top of the lists. With rankings being determined by media members, opinions are sure to fly about the current Top Ten pound-for-pound fighters. Coming with some help from ESPN.com, here are the picked fighters…

ESPN.com does a power ranking system in which they give and take points away from fighters depending on their performance in the last fight. I believe this is a flawed system since it is going off of their opinion. Take for instance they have given Anderson Silva, Jose Aldo, and Renan Barao point bumps despite Silva getting knocked out in his last fight and Barao putting on a less then stellar performance in his last win. While GSP lost points in his win over Johnny Hendrix.  Anthony Pettis should be ranked higher with most of his fights ending before the second or third round. He had one loss in the UFC thanks to Clay Guida beating him by unanimous decision, but has just defeated former champion Benson Henderson for the lightweight title.

Renan Barao should be lower on the list even though he is a champion due to his style of fighting. Yes he has beaten good fighters but he beats them by the “one punch system” which is throwing a punch then running or going for a takedown where he lays on the opponent till being stood up or the round ends. Does this get him wins? Yes it does. Does it make for entertaining fights? Not in the least.

Jon Jones has earned his spot on the top of the list for defending his title several times and beating some of the biggest names in MMA. His last fight is still to this day disputed. He won a very close fight to Alexander Gustafson a few months back and ended up being a fight of the year candidate. Jones has been thinking of a jump to the heavyweight division after his next bout with Glover Teixeira.

I would like to see what the people have to say about who they believe to be the top fighters in the UFC right now. Lets see who is voted the best Pound for Pound fighters to the fans!