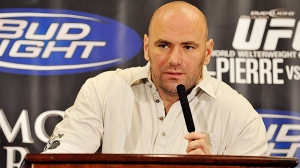 On Wednesday, Dana White came down hard on the Nevada State Athletic Commission (NSAC), which is nothing new to anyone who follows MMA. But this time, he came out hard after UFC 167. He was quoted saying “the judges should have some sort of jiu-jitsu or grappling background!”

Dana has numerous times in the past criticized the NSAC president on who he appoints for judges. Dana said, “any judge that is picked for MMA should have knowledge of grappling at least rolled once in their life, or knows how much a submission hurts let alone what a submission is!”

It’s safe to say that either Dana White is going to cause change or he wont have any more UFC events in Las Vegas, which would be disappointing seeing that Las Vegas is the home of the UFC.